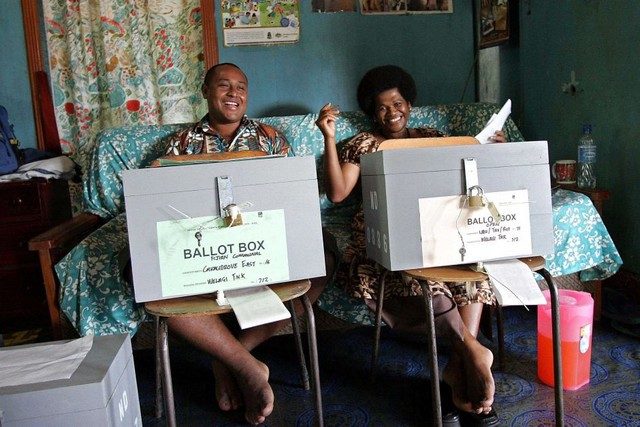 It would be fair to say that the Methodist Church of Fiji is bracing itself, with the organisation poised to elect a new president at the upcoming conference that it hosts every year.

There’s no doubt that this year could prompt a whole new sequence of events though. For years, the trend has been for the existing church general secretary to be promoted as president – but this next election looks set to change the precedent.

Why isn’t the general secretary guaranteed to be elected president?

While protocol hasn’t necessarily changed, the fact that so many different people are eligible to be the next president means that there are no foregone conclusions this time around.

Eligible people include any minister who has been an ordained minister for at least ten years, as well as anyone from head office. In fact, the list can go on, as even someone from a circuit or division, such as a Superintendent Minister, could be elected based on the selection criteria.

Why is there an election this year?

The existing president, Reverend Tevita Banivanua, has served three years in the position. The rules dictate that anyone serving such a period is not permitted to exceed this term. It means that he will be opening the Methodist Church of Fiji and Rotuma conference, but this will be his final act in the position and he will be subsequently replaced.

Reverend Banivanua has been in the position since the start of 2015 – having won the election in the 2014 annual conference.

It’s not just this era that is coming to an end either. Reverend Bhagwan has also completed a five year term, meaning an additional new minister needs to be elected during proceedings.

Additional presentations in the build-up

The magnitude of this conference can probably be highlighted through the various other events that are part of this.

As well as the election itself, there will be a presentation from the Lako Yani Vou Management Company who will be targeting church leaders. In addition, attendees can prepare for a presentation from both the Fiji Police Force and COP23 Presidency Secretariat – with these being held on the Friday and Wednesday beforehand respectively.

Elsewhere, there was also pleasing news in relation to the Sawani Methodist Church choir. For years this 60-member choir has been blighted by funding problems, yet they put such worries to the back of their minds after singing at the Festival of Singing and Gift Giving at Furnival Park in Suva. This is a particularly special event, as the park happens to close immediately afterwards so it becomes available for the election conference.

The Sawani choir weren’t the only ones in action though – there were actually hundreds that participated. These derived from all 58 divisions of the Methodist Church, meaning that many travelled not just from Fiji, but even from other countries. This really shouldn’t come as a surprise, with the park tending to attract thousands of people on an annual basis.

To give an example of a choir from abroad arriving, let’s hone in on Meadowlands Fijian Church choir. Despite the name, this choir are actually from Auckland in New Zealand and see the event as the perfect way to showcase their skills. This particular choir has no fewer than thirty members, meaning that a large group of people were traveling over to Fiji. As well as the thirty arriving from outside of the country, there are twelve locals which sing in the choir meaning that in total there were over forty members part of this particular group.

Additionally, it was hardly plain-sailing from a logistical perspective, with members having to arrive on different dates. Nevertheless, those that are part of the group said that considering this was their first year playing at the event, they had felt blessed to be there and would be happy to attend future events. Additionally, it was mentioned how their philosophy of serving their God was their primary motivation for coming – and one would assume that this will also carry them through for the future occasions.