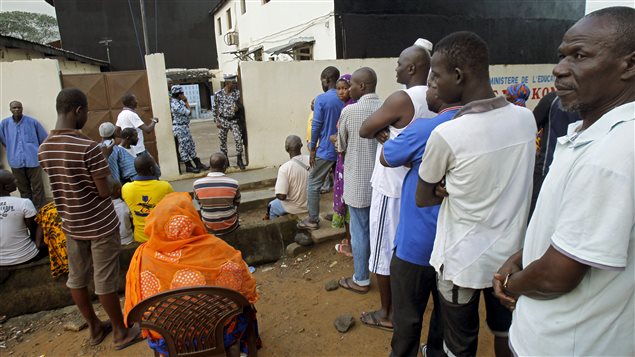 Western countries may drum up plenty of publicity for their elections and for most people, it’s quite an enthralling process. However, in Côte d’Ivoire the situation couldn’t be different and for the past two decades elections have been blighted by controversy. That all appears to have changed with the 2015 election though, which seems to have progressed without any problems and left the country in a much more stable state.

What happened in the 2015 election?

Taking place on October 25, some would say that the election was boring. All of the major parties took part and the favorite for the election, President Alassane Ouattara won. Unlike previous years, no civil war was to follow.

For the first few decades of the country’s independence, elections tended to be exactly like the 2015 event – relatively boring. President Félix Houphouët-Boigny was the usual victor and considering the fact that he often accumulated 100% of the vote, it goes without saying that he had a lot of support. Of course, he was part of the only party that was allowed to participate in the elections, but his popularity should still not be underestimated. During his era the country was going from strength-to-strength economically in something which was often referred to as “the Ivorian miracle”.

Unfortunately, things were not to continue in such vein. Economically the country started to go downhill and following several austerity measures, protests followed.

Houphouët-Boigny made the decision to allow other parties to compete for the election in 1990 – making this decision in May. The problem was that the elections were to take place in October, giving opponents very little time to devise a campaign. As such, it came as no surprise when Houphouët-Boigny won the presidency for a seventh consecutive term – netting a mammoth 82% of the vote, compared to the second placed candidate Laurent Gbagbo who had 18%. Following this result, Houphouët-Boigny decided to appoint Ouattara as his prime minister.

Several years later the presidential situation became more complex; with the death of Houphouët-Boigny casting the country into the unknown. In his place came Henri Konan Bédié but this did not arrive without repercussions, with Ouattara deciding to leave as prime minster and start a new party called the Rassemblement des Républicains (RDR or Rally of the Republicans). His aim was to contest the next election in 1995.

Proceedings were never going to be that simple though. Bédié brought in a policy to block Ouattara’s chances, with this preventing any candidate who wasn’t born of native-born Ivoirians from competing. It meant that the next election was a landslide, which Bédié comfortably won.

This policy was actually expanded in the build-up to the 2000 election, meaning that even more candidates were disqualified from running. It meant that Laurent Gbagbo was the only possible challenger, as he went up against the military leader Robert Guéï.

Things were not to end there though. After Guéï declared himself the winner, three days of protests followed. It resulted in Guéï fleeing and the victory being handed to Gbagbo.

Gbagbo turned out to be even worse than some of his predecessors though. He also fine-tuned policies to work in his favor and started to prevent Northerners from obtaining nationality unless they met a strict criteria. It eventually led to war in 2002 which would continue to last for several years.

It was 2010 until the next election would be held and this time it was opened up to more candidates. Gbagbo was of course one of them, but Ouattara and Bédié were also involved. There were no majorities following the first round of voting and in the end it took declarations from the independent electoral commision and constitutional court to make a decision. The former opted for Outtara, while the latter went for Gbagbo. It meant that the country effectively had two presidents – sparking a civil war. The war was bloody, 3,000 lives were shed, and only concluded when Ouattara’s troops (with help from U.N. peacekeepers) were able to arrest Gbagbo and end the madness once and for all.

As we have already discussed, the 2015 election was a much quieter affair. There were no civil wars and Ouattara’s victory was recognized by the constitutional court.

There are of course still problems. Supporters of Gbagbo are still campaigning for his release and have even tried to scupper the recent election by claiming that the turnout was too low for the victory to be able to stand. The fact that just 53% of voters turned out gives this argument some backing but there’s no doubt that Côte d’Ivoire is on much more stable footing than it has been for a very long time.

Unfortunately, things are unlikely to remain stable. While the country’s policies are in much better order, Ouattara will not be running again due to his age. Therefore, when the next election comes round in 2020, it might be time for things to become interesting again.