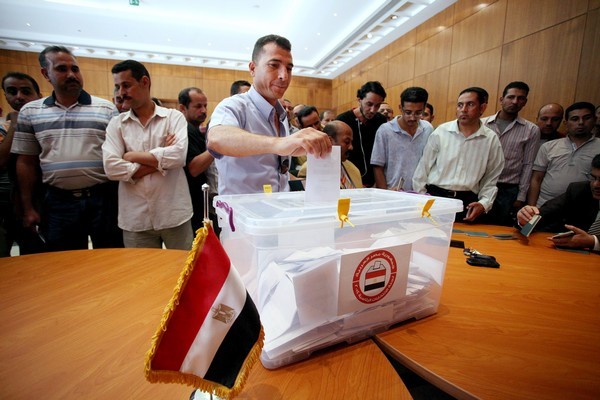 The Egyptian parliamentary elections have been received poorly by most of the country, with figures revealing that less than one third of voters decided to cast a ballot in the second round of the process.

There were always doubts on just how this round of voting would be received, after just 26.6% of people registered for first stage voting last month. This time, there was just a 3.3% higher turnout.

Nevertheless, the low turnout has not deterred experts who are still under the firm assumption that President Abdel Fattah al-Sisi will see his tough policies confirmed by the 596-strong parliament.

The next stage of the election is for 99 constituencies to hold a run-off vote. From here on, the final 596 lawmakers will be composed. Already we know that 448 of these will be elected as independents, 120 from lists while the remaining 28 will be appointed directly through the president.

This election is particularly notable as it is the first since president Mohamed Morsi was removed from power by the army in 2013. The election prior to that was even more eventful, being held just months after the infamous uprising that resulted in the end of Honsi Mubarak’s era. It’s worth mentioning that in that particular election, there was a turnout of 62% – a significant increase on what has occurred so far.

Why has this election been met by such a poor turnout?

Many believe that the reason for the poor turn out is related to the army’s orchestration of Morsi’s decline in 2013. As the army sought control, it resulted in plenty of bloodshed which left hundreds dead. Not only this, over ten thousand people were imprisoned following the events.

Unsurprisingly, Morsi’s “Muslim Brotherhood” who he represented are now not permitted to contest the vote. Nevertheless, it’s understood that there are a lot of secular and leftist groups who are boycotting the vote in response to this.

As a result, the number of parties standing is low to say the lead. Salafist Al-Nur are the only Islamist party who are standing and considering their backing of Sisi, it seems only a matter of time before his policies are rubber-stamped.