Most people think that election-day is all about general decisions – the decisions which affect most people in the country. We’re specifically referring to issues such as defense and infrastructure – topics that often dominate the headlines during the campaigning process.

Something which often slips under the radar is how so-called smaller industries are affected. As the title may have suggested, we’re now referring to the sports and fitness industries.

In the 2002 election there was a lot of commotion in these circles, for the simple fact that fitness was going to win and lose in different ways. Let’s now take a look at how this happened, what the consequences could have been as well as what could be done to further improve the situation.

What happened during the election?

We don’t need to go into the ins and outs of the election result. As we’ve already spoken about, this article isn’t about how the election affected the masses – it’s more about its impact on the sports and fitness industries.

The fact that some officials, like Tom Cove who represented the Sporting Goods Manufacturers Association, claimed that it was a “glass-half full, glass-half-empty deal” says everything you need to know about just how the sector was split.

Let’s firstly take a look at the positives. The likes of Ted Stevens, Tom Harkins, Lindsay Graham and Saxby Chambliss were all re-elected or elected.

In the case of Stevens, this was someone who has been a long-term supporter of PE and fitness, who was heading the Senate Appropriations Committee. Then, the other members Harkins, Graham and Chambliss are known as long term endorsers of youth sport.

If we hone in on a more general group of people, there was another significant development in this industry. Every single member who was backing the legislation which permitted employers to provide health club memberships to employees (in return for it being classed as a deduction) were re-elected.

Like we said, it wasn’t all good news though. The fact that this was Republican agenda means that there is plenty of money available for war and defense issues – but this prompts funding problems in other areas. As you may have gathered, the fitness industry is part of this and this is where the biggest concern was based.

What consequences are there for a government that doesn’t invest in fitness?

The main reason why governments don’t put the fitness industry near the top of their priorities list is because PE seems a long way from selling equipment. In other words, it’s hard to envisage the benefits of investing in this form of education, as it is unlikely to have a direct impact on the economy.

When this issue is analyzed more, it couldn’t be any more further from the truth though. Firstly, the goal of children participating in PE is for them to retain an interest in sport – and in later life this will involve them purchasing equipment and joining clubs. As well as this, PE has changed a lot over the years. Now, it’s more complex than ever before – and schools need equipment. It means that if there is a vibrant PE program for children, it’s likely to benefit the fitness equipment industry in both the short and long-term.

What can be done to improve the situation?

The bizarre thing about this situation is that the President at the time, George Bush, is regarded as one of the fittest presidents to grace the country. As such, many were convinced that there would be a much higher emphasis on encouraging the development of PE.

Following on from the above, the biggest consensus is that the President merely needed a little “push” to influence more spending in this area. Many were hoping that this can be initiated with small local programs to start with – before the effect can be pushed through to a national basis.

A closing summary on the election and its impact on PE

As we can see, it’s clear to see that the results from the 2002 election are yet to be experienced on a large scale by the fitness industry.

However, from the above analysis it’s clear that movement could happen when decision-makers start to realize the impact that this form of education can have the economy. The term “domino-effect” couldn’t be more applicable here, and merely investing in these lessons can result in greater expenditure by both schools and pupils when it comes to fitness equipment.

Considering the fact that George Bush is regarded as an exceptionally fit president and demonstrated plenty of interest in the subject, many assumed that he would leave something of a legacy when it comes to the fitness industry and whether it can be boosted again. 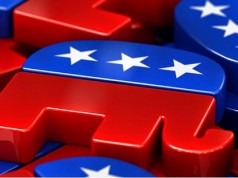 The Changing Dynamics of the Republican Party in The US