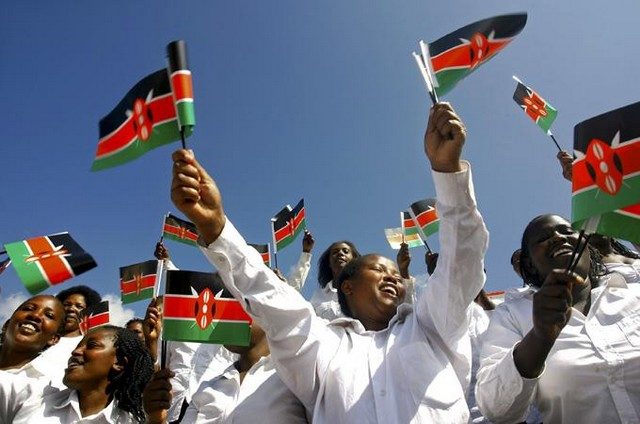 Elections in Kenya always seem to grab attention but unfortunately, it’s quite often for the wrong reasons. If one were to scrutinize the country in detail, from on-the-ground reporting, the situation would become somewhat clearer and some of the reported facts might be contested a little more.

This has been particularly highlighted following the decision of the country’s opposition leader Raila Odinga, and the National Super Alliance which he is part of, to contest the recent election results. He and his party are contesting in the Supreme Court – claiming that the official results were inaccurate. These results made Uhuru Kenyatta secure a successive term in office.

While this is a story in itself, it leads onto a far more severe issue. As well as the official protests through the courts, many followers of Odinga have peacefully protested. According to international, and even local media, this has resulted in police clashing with such protestors.

However, if one delves deeper into this topic, it becomes clear that all might not be what meets the eyes. While the police versus protestors might draw a lot of conclusions from people, there can be occasions when this is utterly misinterpreted. The violence isn’t always a direct response to election results – it can be prompted from other issues which venture under the radar. This can be difficult to understand for some people, particularly as Kenyan elections have been historically violent following the events in 1992, 1997 and 2007.

Instead, there’s a growing concern that communities are starting to be repressed in their political views. In fact, the government has even legitimized some of the seemingly over-zealous actions of their security forces, which paints another concerning scenario. All of this will now be investigated as we take a look at Kenya’s political scene, the communities behind it – and just how the police and security forces react in the aftermath of these eventful elections.

The lowdown of ethnic communities

In Kenya, the general consensus is that Raila Odinga is supported by the ethnic Luos. Such an assumption is by no means surprising; Odinga is a Luo as well. The upshot of this is that the Luo, along with several other marginalized ethnic communities, have proven to be opposition to various regimes.

The vast majority of the Luo population reside in Kisumu, Kibera and Mathare. Many also find themselves in Nairobi’s informal settlements – and this is where substantial “inside information” arrives from. Various community news networks, and local journalists, report from this area and they have commented on how the police regular turn on unarmed civilians, with this often involving shots being fired into informal dwellings as well as various attacks with tear gas.

Such reports are by no means manufactured either. Sure, there have been some reports of fake news across social media, but at the same time the Kenya National Commission for Human Rights concluded that there had been 24 deaths in the area at the hands of the police. As well as this, various other sources such as Medecins Sans Frontieres East Africa and the Kenya Red Cross have reported treating hundreds of people with an array of injuries, including gunshot wounds.

Perhaps even more shocking is that many of these “targeted” people don’t necessarily come in the form of opposition. Some are merely journalists, with some of these also being arrested for simply trying to report on the police involvement.

The government regularly denies such actions, and this is why the international media receives a much different story.

All of the above can really be emphasized with the latest election results. The announcement that Uhuru was the winner resulted in protests – but of the non-violent variety. This is pretty significant and the main actions from protestors came in the form of crying, screaming and shouting.

In amongst this behavior was a small number of criminals who took the opportunity to loot and cause damage to some property. Many believe that this provided the police with an excuse to silence protestors, as they proceeded to utilize tear gas and live rounds. This is obviously a reaction to a different set of problems – but this is rarely portrayed in the mainstream press.