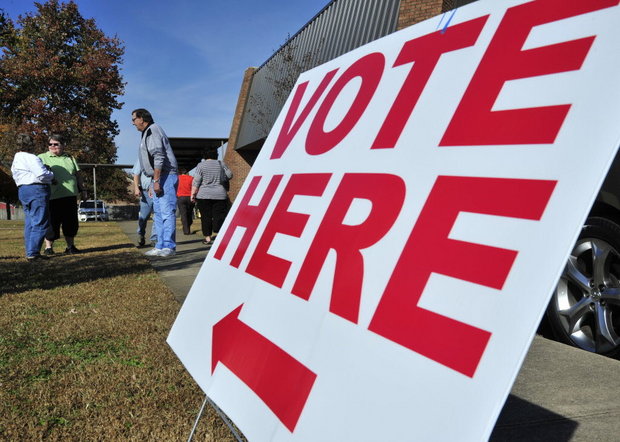 There are few things certain in life, but one year prior to the 45th presidential election and one would imagine that one of these certainties is Alabama voting for the Republican Party.

This isn’t opinion, it’s carried by history. Over the last fifty five years there have been fourteen presidential elections and on just two occasions have Alabamians opted to vote for the Democratic Party. This occurred with John F. Kennedy back in 1960 and Jimmy Carter sixteen years later.

Since Carter in 1976, Alabama have turned to the Republicans on every single occasion. To put this into figures, it means that on nine consecutive occasions the Republicans have won in Alabama. Furthermore, these votes haven’t been tight – the Republicans have tended to win by landslides. Bearing in mind such history, many are foreseeing a similar state of events in 2016.

However, let’s look at an even bigger picture. If we analyze the previous ten presidential elections, Alabamians have quite a mixed success rate when it comes to voting for the eventual national winner. They’ve won on six occasions, with five of these happening to be Republican victories.

If we turn history a little further back, their record was even worse though. For example, between 1952 and 1968, Alabamians elected the winning candidate on just one occasion – the occasion when John F. Kennedy was elected.

In total it means that Alabamians have a 50% win rate when it comes to electing the eventual national winner. They’ve been on the winning side on 24 occasions, whilst also losing 24.

The end result here is that no history is going to be made in Alabama next year. It’s certainly not a swing state and the election is definitely not going to be won or lost here. Instead, the general consensus is that they will vote Republican. After all, a study has shown that Alabama is in fact the most predictive state when it comes to voting in the United States.

In fairness to Alabama, they are not alone. While they might be set to vote Republican in, the Californians are all but certain to opt for the Democrats while New York is likely to follow suit and do the same.

There are just a handful of states that are going to be telling in this election, with Ohio, Florida and New Mexico being the main ones. The fact that Ohio has voted for the winning candidate on each of the last ten elections speaks volumes about their success rate – and how they could be the swinging state in 2016. For most of the others, particularly Alabama, the writing is already on the wall.