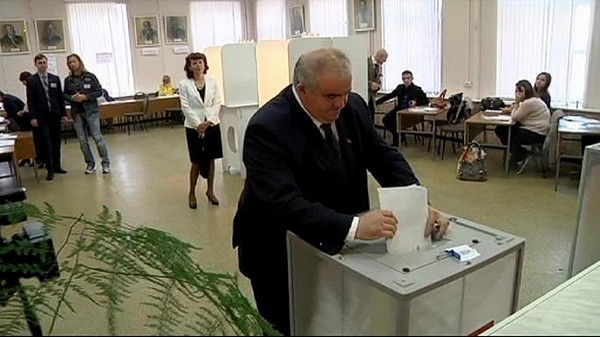 “I’d win”. That’s the words of Yevgeny Roizman ahead of the upcoming gubernatorial election and when you consider that he is the mayor of the fourth largest city in Russia, it’s no surprise to see such confidence.

In reality, it’s not going to happen. Like a lot of candidates, Roizman is struggling to get on the ballot and is being quite vocal about the situation. He has supposedly become the victim of a municipal filter, which means that candidates are not allowed to be placed on the ballot unless they collect signatures from 5-10% of lawmakers in the region.

This is a provision that was brought in back in 2012 and was in response to the huge protests that occurred in Moscow between 2011 and 2012 – when Vladimir Putin returned to power. Considering the fact that United Russia, the ruling party in Russia, dominate local lawmakers it stands to reason that it’s very difficult for some of the stronger candidates to be named on ballots.

To some, Roizman’s viewpoints might merely be sour grapes. However, a recent study has shed more light on the situation and revealed that he potentially has a case.

The study, which was put together with the help of former Russian Finance Minister Aleksei Kudrin, concluded that alternative candidate choices are currently almost impossible. This was found in the majority of regions and is particularly interesting when one considers that Kudrin has been an ally of Putin’s for a considerable length of time.

Not only did the study find that candidates with vast experience aren’t participating in elections, but it also found that fake candidates were also very prominent. It was published that the latter of these were effectively weak candidates, registered by key contenders in the election, as they presented no significant challenge during the process.

One line of the study was particularly damning and read that competitive races in these elections had become an exception.

The situation in case studies

For those under the belief that the view is somewhat farfetched, it’s worth taking a further look at some case studies.

For example, in the Russian region of Buryatia it was found that Vyacheslav Markhayev had been regularly kept off the ballot. This comes despite the fact he is a member of the upper house of parliament in the country, with the Communist Party.

Elsewhere, in Perm to be precise, acting Governor Maksim Reshetnikov has had two potentially strong opponents stripped out of the race after their bids to become candidates didn’t receive sufficient signatures. One of these candidates, Konstantin Okunev, went as far as putting together a video appeal directed at Putin to outline his views. In the video, he went as far as saying that these Gubernatorial elections are becoming farcical, even describing them as a “clown show”.

What does the Putin administration say?

The Putin administration has by no means dismissed the claims. In fact, Sergei Kiriyenko, who is the first deputy chief of the administration, said that there was room to adjust the provision accordingly if it is becoming clear that people are being kept from being placed on the ballet.

However, experts in the field remain unconvinced. For example, Nikolai Petrov, who works at Moscow’s Higher School of Economics, claimed that recent developments mean that this isn’t on the administration’s roadmap. While there was interest in making the elections more competitive several years ago, the situation has changed following the seizure of the Crimean Peninsula in 2014. Now, the emphasis isn’t necessarily on high turnouts through the elections, but making them as uneventful as possible. With a lack of senior candidates involved, it’s clear that this is currently the case.

A final word on Roizman

If we return back to the plight of Roizman, some analysts remain sceptical about his chances. In Roizman’s words, he said he would win – but this is the words of most politicians who enter a race.

In the words of some of the think tanks that have been published on the subject, the reality is that he would be able to make it to a runoff. This is a far-cry away from victory but still, at the current time he does not have the opportunity to follow through with this.