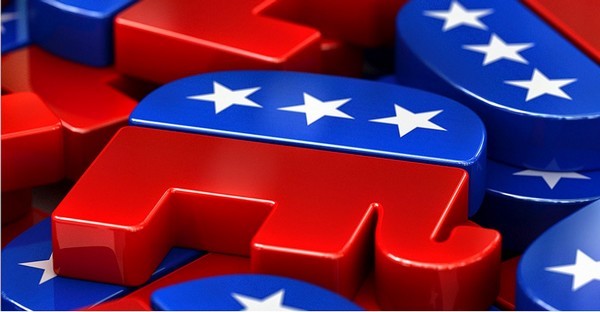 The race for the next Republican leader has certainly been interesting over recent months – mainly because of some of the antics of frontrunner, Donald Trump.

Up until recently, few candidates have managed to dominate him on “stage”, although events over the most recent debate suggest that this could be changing. In fact, some of the exchanges became so animated, that some have hinted that the party has been completely torn apart.

The party has remained very much together over the last few decades, but all of that seems to be changing. Gone are the days of the different departments joining forces – the battle to become the leader has become tasty and maybe even damaged the party.

Much of that damage may have occurred at the recent Republican debate in Houston. As everyone expected, Trump was his usual self – bullish and ready for the fight. What many didn’t foresee was the attitude of his challengers, with Marco Rubio and Ted Cruz both attacking the party’s frontrunner as they bid to boost their own credentials.

Such an approach was surprising when one analyses some of the other candidates who have utilized such tactics. Back in July, Rick Perry famously described Trump a “cancer on conservatism” – only to see his campaign abruptly end two months later. Jeb Bush and Bobby Jindal have both also tried, the former describing Trump as a “liar” at one point, only to see their campaigns end.

Therefore, there was the suggestion that Rubio and Cruz were playing with fire with their decision to publically attack Trump. Nevertheless, with the battle aggressively swinging in the billionaire’s favour anyway, it might be an approach that simply had to be made if either is to be successful in this race.

What were Rubio and Cruz’s methods of attack?

Both candidates opted for slightly different approaches. Rubio opted to question Trump’s business record, while Cruz went a step further and suggested that Trump just didn’t possess the credentials for a conservative candidate.

Something which both candidates did bring up was Trump’s lack of details behind his policies. Many have advocated that in a bid to derail Trump’s surge to the top, candidates need to pull together and attack with the same ammunition.

How did Trump respond?

As the country has become accustomed to, Trump isn’t a man to sit back and accept such comments. The following day his Twitter went into overdrive – stating that Rubio was a lightweight, while Cruz was a liar. It wasn’t just his Twitter account which felt the brunt of the backlash either; he classed Rubio as a “nervous basket case” at a separate Rally on Friday.

The exchanges didn’t end there. Up until recently, Rubio is a man who has portrayed the “Mr Nice Guy image” – but his mockery of Trump’s use of Twitter (and his spelling mistakes), went against this approach. With Rubio then proceeding to comment on Trump’s “sweat moustache” – his retaliation was complete.

How has Trump’s campaign developed?

Amongst the jibes and exchanges, there was an extremely important development in Trump’s campaign. Whilst on stage in Dallas, he was joined by Chis Christie – the former Republican adversary.

The fact that Trump has had so few endorsements in comparison to his rivals has been a major blight on his campaign. Now, he has one of the best figures he could have hoped for, with Christie boasting a reputation that few politicians can touch. He’s been a keynote speaker at the Republican National Convention and also used to be the former head of the Republican Governors Association.

The next few weeks are critical in the race and could spell the end for Cruz, Rubio and the Ohio Governor John Kasich. All are set to be tested in their home states and should they be defeated, Trump will be firmly set in the ascendancy.

Of course, the fallout that has been generated through this leadership contest is notable as well. If Trump, as most are predicting, is elected one has to question just how the rest of the party will react following the aggressive campaigning.

Even Rubio has said that the Republican party would be completely split if he became their nominee – meaning that the party’s chances in the future election could be hindered substantially. 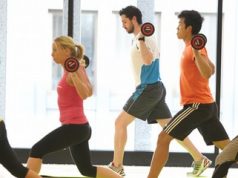 How the sports and fitness industries reacted to the 2002 election