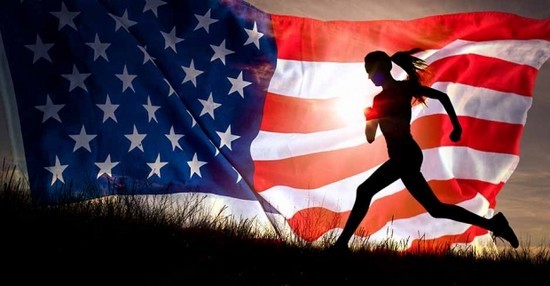 To say that the 2016 election was eventful would be an understatement. We’re not going to mull over each and every event, but with FBI investigations, Twitter battles and the usual pantomime-drama all coming into play, it would be fair to say that it wasn’t just the candidates who were subjected to stress.

In fact, even though the election this time around may have bordered on farcical at points, there’s no doubt that it affected some people’s physical condition more than others. When it comes to ruling the country, it goes without saying that some of us are going to think, and overthink, and ultimately bombard our brain with hordes of stress around this period of the year.

Unfortunately, this stress can have all sorts of repercussions – and not just the sinking feeling in your stomach which you are usually accustomed to. Stress is also something that can affect your physical fitness immensely, as we take a look at it in-detail to see how you can lower your levels of it and improve your fitness at the same time.

What’s the deal with stress and physical fitness?

Fortunately, we’re not providing any guesswork here – it’s all been summarized in an official medical study. The study was published in Medicine & Science in Sports & Exercise – and involved 200 participants. It was based upon Swedish employees and before the study began, the physical fitness (such as the cholesterol, BMI, stress and blood pressure) were taken.

The results from this were pretty staggering. Researchers from the University of Basel started to examine them and found that there was a correlation between people who were physically fit had a much lower chance of succumbing to cardiovascular conditions when they were stressed.

What does this mean for your fitness regime?

We started this piece about the election and how it impacts your stress levels. Well, when an event like this does happen and you do become stressed, the immediate response for most people tends to be that you perform less physical activity. In other words, stress means that you don’t feel as though you can hit the gym as frequently – and you exercise much less. As we’ve just read in the previous section – this can impact your cardiovascular health.

How can you improve your physical fitness?

While exercising as you wait to vote might be pushing things a little too far, there are some things that you can do to help you during your high moments of stress.

The trick is to engage in exercise which isn’t going to take a huge amount of time to complete. By doing this, when your stress levels are at their peak, you are less likely to hand them the no-treatment as you won’t have to spend an age exercising.

Let’s take a look at some of the exercise techniques you can take advantage of to help you in this regard.

In a bid to really get the adrenaline pumping, nothing can quite beat plyometric circuits. They are something that will involve your muscles working at their maximum capacity, in short periods of time, and can work wonders for those moments of stress (whether election-related or not).

For many people, training on the treadmill is an endless run. At times of peak stress, this is the exact approach that you need to eradicate. In simple terms, you just won’t end up turning up to your session.

We call this approach unconventional because while it is purely based on the treadmill, for thirty minutes your training will be varied enormously. You can start with a warmup for five minutes, before progressing to an incline-run where your speed will increase and your incline will vary. For the next five minutes you will mix sprinting and walking up in one-minute sections. Then, you’ll start endurance for five minutes, gradually increasing the speed, before ending with a flat and hill running session which involves you tweaking the incline.

This form of training is some of the most interesting out there and follows the high-intensity phenomenon that has become so popular over recent times. In basic terms, you’ll be working out at your maximum intensity for twenty seconds, before resting for ten seconds. This sequence continues eight times – before one Tabata is finished.

It’s the ideal way to crunch your body in record speeds, which is exactly what the doctor ordered when it comes to dealing with stress.

A summary on stress and physical fitness

Fortunately, if you can arm yourself with the right fitness training, you can retain your existing level of training and minimize the chances of these nasty cardio conditions impacting your body.