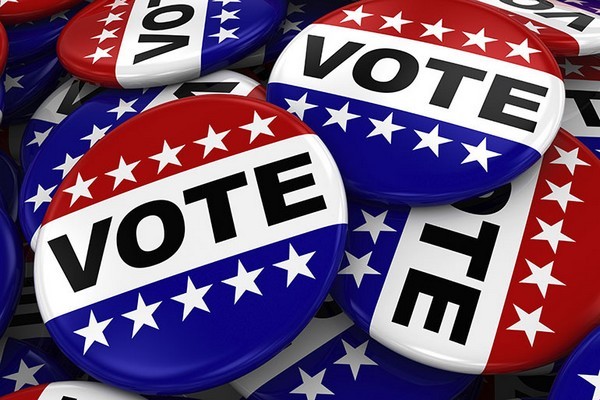 We’re not going to create assumptions about everyone, but there’s a certain buzz about election day. There’s a feeling about performing your duty – potentially doing something for the good of the country.

However, there can be downsides, particularly if your party of choice happens to suffer defeat. While there has most certainly been a lot more noise over recent times about the election result, in truth it can happen any year.

These downsides aren’t random ideas either; there have been some in-depth studies that have been carried out around election day and just what it means for general happiness (or sadness).

For example, Washington University conducted a study in 2012 surrounding the election that year. Their aim was to analyze the happiness and sadness of people – with their results showing that those who vote for losing candidates suffer more than the winner’s backers celebrate.

Things were taken a step further when their emotions were compared to past events. For example, the study found that there was more pain in backing a losing candidate at the election than that expressed following the Boston marathon bombings.

It means, at least following the studies, that people take losing an election very personally indeed. Bearing this in mind, what can you do to enhance your mood around this time every four years? Let’s take a look at some of the best methods to improve your mood and energy.

While it’s certainly not a rule, it almost can be. We’re referring to your energy levels and in general, those of you who feel energized all of the time will tend to be happier as well.

So, how can you boost these elusive energies? Fortunately, it can be as easy as through your mouth, with the likes of walnuts, almonds and pistachios all containing arginine – which has been found to boost your blood flow and send more nutrients to your muscles.

As the study above concluded; there are seemingly two types of people in this world – ones of the happy and sad variety. Suffice to say, in a bid to boost your own mood, you should be looking to hang out with the former. Once again, there is plenty of science to back this up as well, with a study from the University of California finding that if you have a “happy” friend within a mile of you there is 25% more chance of you being happy as well. In other words, the phrase “happiness is contagious” isn’t some pie in the sky idea – it can be true.

We’re in an era where Instagram and other photo apps seems to dominate our live. However, studies have shown that these services can be invaluable from a mood-boosting perspective.

This time it was the Journal of Consumer Research who put together the study, finding that a photo of you smiling or a happy memory can improve your mood. Not only this, it has been found to make you think more about your goals – which can have an indirect benefit on your mood as well.

That’s right; your music can help you along the way as well. There are some really interesting studies about this as well; for example, one found that the tempo of a song can increase your endurance by as much as 15%. Considering the link between exercise and moods, it stands to reason that this can make a huge difference to your life.

We won’t go as far as suggesting any tunes to give you a further push – but anything with a fast beat will suffice.

Tip #5 – Spruce things up with yellow

Some people might take this next suggestion with a pinch of salt and considering the fact we don’t have any solid evidence to back it up – you’re more entitled to think this way. Nevertheless, many researchers believe that yellow is the color that can prompt the most optimism and joy – meaning that those of you who splash it on your walls are much more likely to benefit from a better mood.

That’s right; don’t just think of spices as perfect for taste reasons. There’s some fantastic research into some of these ingredients, with the first being cinnamon. It’s been found that it can benefit your body in numerous ways. Firstly, there is evidence to show that it will stabilize your blood sugar levels – with the upshot of this being that you will have better energy levels.

Next on the list is coriander, which has been found to make people calmer for the simple fact that it will raise your magnesium levels. Particularly when you are stressed, such as during the election, this is a nutrient which gets depleted pretty quickly.