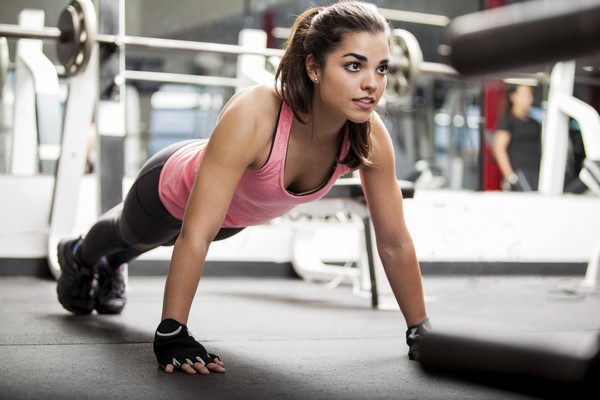 For a lot of people, fitness is some form of escape. It’s a way to escape the rigors of day-to-day life – to temporarily forget about the problems that you might be experiencing.

However, if you turn to New York City – this isn’t necessarily the case. In fact, a lot of people are using fitness as a vehicle to vent, and fund, their frustrations. The movement is being classed as ACTIVEism and the basis is simple; channel any anger with the current political situation involving Donald Trump’s administration and attempt to push reforms.

Sound confusing? Sound far-fetched? Here is the lowdown on how fitness in New York City is looking to become more aligned with politics and ultimately, make the difference.

What are the movements in New York City all about?

As the term ACTIVEism might imply – it’s all about using physical activity to push for progressive reforms.

Countless studios and instructors across the cities have been aiming to host events, and separately raise funds, for causes they feel strongly about. Many of these causes are linked to the Trump administration.

Let’s turn to an example; 305 Fitness. The founder of this is Sadie Kurzban and she claimed in an interview that her live mission is to empower people (particularly women), through movement. She felt the way in which fitness can fuel social change made the whole concept perfect for politics.

Why are people opting for this route?

As we have already discussed, many people are opting for this route for the simple reason that they feel as though they can do more. Fitness is big in the lives of people, and by combining this with something like politics, it stands to reason that movements can certainly gain more traction. Fitness breeds positivity – and the aim is to channel this to politics, which arguably is lacking this at the moment.

What sort of events have been planned so far?

Let’s turn to an example we used earlier in this piece; 305 Fitness. This is arguably one of the most active groups in the ACTIVEism space, and you only have to gaze at some of their initiatives.

They come in various shapes and sizes and one, for example, was a Women’s March on January 21st. As the name suggests, this involved all members of the group marching on that particular day for women’s rights. Then, there is the “100 Days of Resistance” example. While this might sound like a grueling fitness regime, it’s not all about beating your body up. Instead, many of the tasks are political; with some involving postcards being sent to the House Speaker, as well as various petitions being signed.

In the case of 305 Fitness, they have also become involved in some of the more traditional movements across the country. They have contributed to the Black Lives Matter movement, as well as LGBTQ – highlighting that the aim is all about enhancing the country and contributing to these key causes.

It’s not necessarily just about gathering numbers for events either. For example, 305 Fitness launched a limited-edition “Nasty Don’t Quit” tank in the aid of Planned Parenthood. This item sold out almost instantly – showing that there are various angles that ACTIVEism is succeeding with.

Should politics really be combined with fitness?

This is one question that a lot of people are asking – should the two areas really be linked together?

The answer from those who are involved in ACTIVEism events is pretty admirable; with their argument being that the two simply have to live together. It has been argued that political issues directly affect mental health and well-being, so it stands to reason that they should be combatted in a fitness initiative.

In other words, it’s not about politics improving your physical well-being in terms of how many squats you can perform. Instead, it’s more about people feeling safe and happy about their life – something which can be influenced by politics.

A conclusion on the political fitness movements

It’s certainly a unique approach to politics, but the popularity of these fitness initiatives suggests that ACTIVEism isn’t going away anytime soon.

This is a movement which has certainly broken boundaries, and continues to do so. The fact it has supported some really renowned causes like LGBTQ and Black Lives matter shows what a difference it is making, as does the fact that so many instructors are looking to take advantage of their sterling reputation in the industry to force change.

While some people may have raised eyebrows at the reasons behind these movements, and whether or not fitness and politics really does belong together, the answers from this mini-industry are pretty comprehensive. It’s true that fitness is all about improving the lives of people and when you consider that this should be the principle aim of politics, all of the above starts to click into place.